We played the new soccer sim from Electronic Arts and share our first impressions below.

After analyzing PES 2014, it’s now time to evaluate the pros and cons of FIFA 14, the favorite again this year in the long-running battle between Pro Evolution Soccer and FIFA. Who will win the battle of the 2013/2014 season? The choice is in your hands… 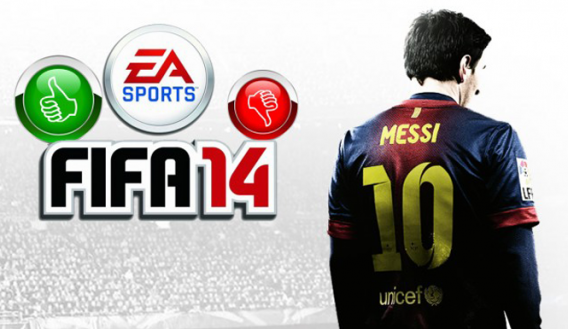 If you thought that FIFA 13 was technically superior, FIFA 14 takes things to a whole new level. Unfortunately, the PC version can’t take advantage of the much-heralded new Ignite engine, which improves graphics and takes the faces, movements, and animations of the players closer and closer to reality.

The expressions of the players during celebrations, and the way they move, are faithful to their real-life counterparts. You can see the effect of Pure Shot immediately since it replaces “steps” with a smooth-looking shot.

Most of the innovations are for those who are already familiar with previous versions of the game but some of the goodies, like sound effects when you kick the ball or when it hits the post, are small details appreciated by anyone who is a fan of the sport. 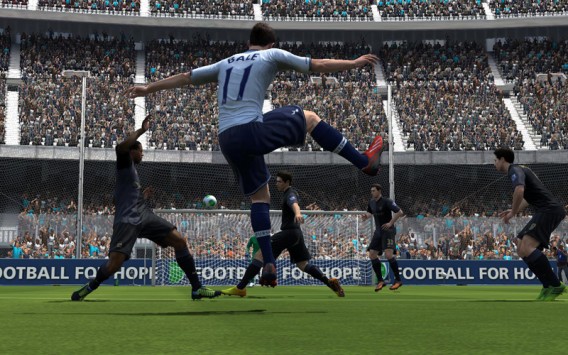 EA has spoken at length about Ignite, the new graphics engine for FIFA 14 on next-gen consoles (PS4 and Xbox One). For older generation consoles and the PC, unfortunately, the decision was made to use the same graphics engine as the previous version. EA says conversion of the engine would be difficult because of the architecture of the next-gen consoles. As a result, the visual and audio improvements are pretty marginal. I would have expected something more since, their key rival, PES 2014, has just released one of its best versions yet. 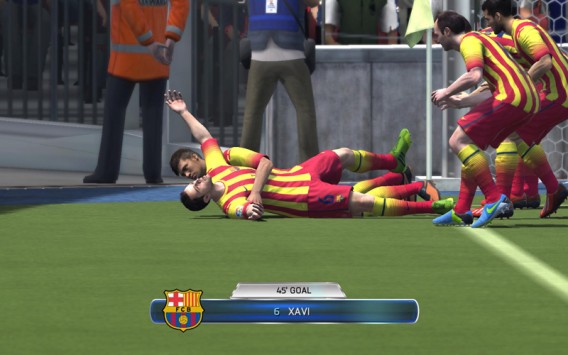 I was impressed by the new FIFA 14 gameplay. I was expecting some improvements, but they’ve surpassed my all of my expectations. First of all, the animations have an impressive fluidity to them and direction changes are less abrupt and more harmonious. Players move in a realistic way, like the real champions they represent. The new Precision Movement feature does a great job of recreating the dynamic movement of real-world players. In short, everything seems to be modeled and animated with great care.

FIFA 13 was criticized by many, and rightly so, for game speed, which many found to be excessive. EA has listened to the feedback from its users and FIFA 14 imposes a slower, more reasonable pace of play which allows for better setup of plays.

The defensive side of the game is much-improved. The one-on-one play is incredibly realistic. Players have the intelligence to break down defenses by creating space for themselves and separation from defenders. You’ll see that attacking players will watch the backline to avoid being caught offside before breaking free for a pass or through ball. Attackers will now also perform checked runs to confuse defenders. 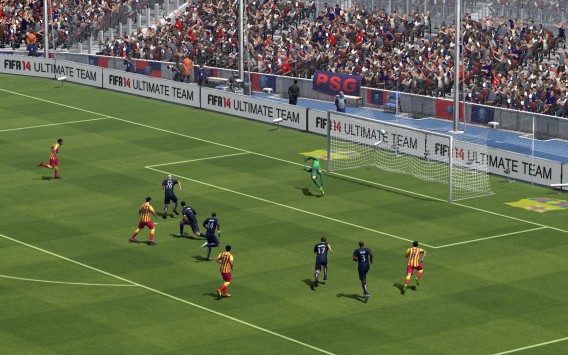 Even tactics development has improved. The slower pace of the game encourages players who like to play more with ball possession. And long passes are more precise, aided by the new ball physics that allows trajectories to appear very realistic. We haven’t even mentioned the shooting: while in FIFA 13, ways to score were more or less the same, in FIFA 14 everything has changed. Pure Shot actually allows you to set the power and direction of your shot with a precision and variety not possible in previous versions.

Not only that, but attackers are now able to better coordinate their moves, looking for the best angle or proper timing to shoot. Best of all, kicks are now bona fide spectacular.

I’m still thinking about the goal you scored a while back, Daniel – it was a beautiful kick that went just inside the post. A real treat for the eyes. I’m sure the volley will be the most appreciated feature by many gamers in this version of FIFA. 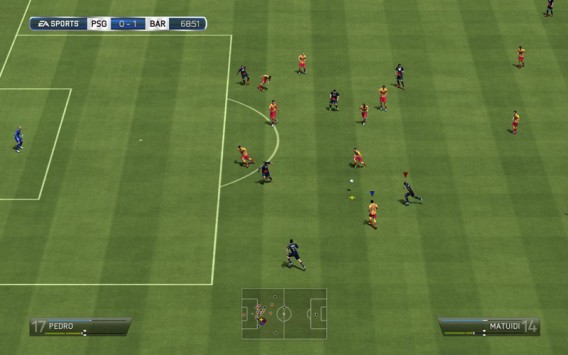 When we’re talking about gameplay changes, it’s true that the list is long and clearly the improvements are numerous and more realistic, especially when compared to FIFA 13 which was fun but gameplay was too fast.

But if we’re talking about casual players, would they give the same answer? I doubt it. In fact, I think that the gameplay improvements are finishing touches that only longtime fans can appreciate.

Do you remember the first version of the Impact Engine? Notwithstanding improvements, it seems that EA has been asleep at the wheel…or rather, on the field, given the advantage Pro Evolution Soccer 2014 has over its competitor. 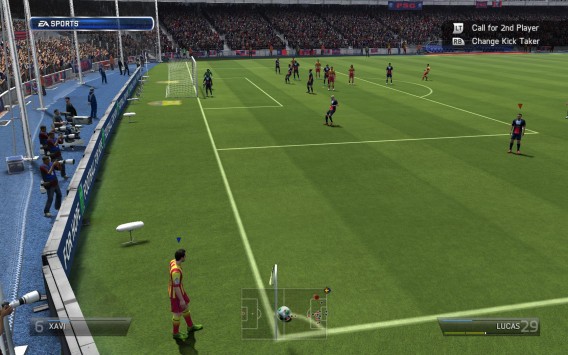 In previous versions, FIFA neglected usability when it came to the navigability of menus. In FIFA 14, the settings are the same as before, but are now accessible via an innovative tiled appearance, inspired by Windows 8 aesthetics.

The new Home screen is very user-friendly and it’s easy to find everything you need. Not only that, now you can find explanations in the menus that explain terminology and gameplay. This is a real breakthrough for beginners, letting them learn how to play and catch up to the more experienced players. 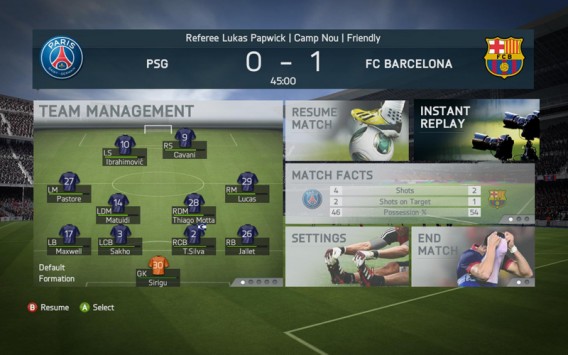 The new menus and design are a feast for the eyes and a masterpiece of usability. There are other things I think are worth mentioning too. For example, have you noticed the menus for settings, training, and tactics? They’re all exactly the same as before. Given the redesign, I would have expected some changes there as well. In particular, I would have modified the tactics editor, which has been unchanged for years and isn’t as good as the one in PES 2014.

The final judgment, however, is up to you. What are your impressions after trying the new FIFA 14?

Original article published on Softonic IT.

If you liked this article then you'll love our newsletter!

Join us to receive hilarious memes, photo galleries, tips&tricks, and the best games!